‘Safe to Drive’: No Flaws Found in Toyota Electronics

‘Safe to Drive’: No Flaws Found in Toyota Electronics

The report confirmed an earlier Department of Transportation study of vehicle data recorders that found no electrical cause for Toyota acceleration incidents. Toyota has recalled nearly 12 million vehicles worldwide for mechanical defects — sticking gas pedals or floor mats that could jam pedals — that could lead to unintended acceleration.

The National Highway Traffic Safety Administration, however, will propose rules this year to standardize keyless ignitions and require all new vehicles to have onboard data recorders and brake override systems that would stop the car if the brake and gas pedals are pressed at the same time.

“We believe this rigorous scientific analysis by some of America’s foremost engineers should further reinforce confidence in the safety of Toyota and Lexus vehicles,” said Steve St. Angelo, chief quality officer. He said he hoped this would end speculation about the safety of Toyota’s “well-tested and well-designed” electronic throttle controls.
TWO VIEWS: Engineers who wrote report can’t ‘vindicate’ Toyota

In the latest study, DOT safety officers and NASA engineers examined 280,000 lines of computer code, bombarded Toyotas with electromagnetic radiation and tested components of nine vehicles that were subjects of complaints to determine what, if any, conditions could trigger acceleration.

In many incidents, investigators found drivers hit the gas pedal instead of the brake, said NHTSA Deputy Administrator Ronald Medford, adding that there will be research on safer pedal placement.

The National Academy of Sciences is investigating sudden acceleration among all auto brands, and results are expected this fall.

Reports of unintended acceleration by Toyota vehicles soared after a crash that killed a California Highway Patrol officer and three family members near San Diego in August 2009. In a 911 call before the crash, a passenger said the Lexus sedan could not be stopped.

That crash was blamed on an incorrect and unattached floor mat. Toyota later concluded that floor mats in some of its models could jam the gas pedal and recalled 5.3 million vehicles. 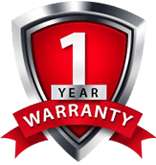